When you get a new android smartphone, it is fast and smooth. While it is getting slow and laggard after it is used for a period, right? Getting a new one will cost you too much. So I believe that you just want to know how to speed up your smartphone in an easy and money-saving way. Here are some ways to make your android smartphone run faster and smoother.

Is your android running slow? Look, at what we have for you!

Android has been dominating the market of smartphones due to its user-friendly interface. However, when we load our smartphones with multiple applications, it starts working slowly. It’s not our fault if we are loading applications because they are meant for use only, but what we can do is manage our Android device efficiently and keep the data organized way.

Before you actually do something to speed up your phone, the first thing you need to do is know your phone’s running status. You feel that your phone is slow, but you don’t exactly know how slow it is. Here is an app called Phone Speed Tester that will tell you exactly how slow your phone it is. It is specially designed for Android smartphone users to test their phone’s running speed by comparing their test results with others. Your phone needs to be optimized if your test score is sub-average in the same series.

Recommended: How to Use Old Phone as Security Camera

Manage Your Boot List to Shorten Your Boot-Up Time

After knowing your phone’s running status, now you need to manage your boot list. Why? You must have the same experience as me, namely, it takes too long to boot up your phone because Android OS will auto-load some processes and apps. As a result, too many processes and apps that boot up together with your phone’s system will slow down your boot speed, as well as your phone’s running speed. How to know what processes and apps will auto-boot up with the system? How to safely manage them? The answer is Startup Manager, which is an android app that helps you clean up your boot list and speed up your boot speed. It clearly lists what apps and processes are configured to auto-run during system start-up. Startup Manager helps you safely disable any unwanted app or process from running at the boot list just by a simple click.

Kill Running Tasks/ Services/Processes to Speed Up Your Phone

Now smartphones can run multiple tasks in the foreground and background at the same time. Is your phone still slow after you have exited the running apps? It seems that you have exited them completely; in fact, they are still running in the background to slow down your phone. A good task manager is a must for smartphones in order to let them run faster. I think Advanced Task Manager can help you out. It allows android phone users to easily end the running tasks, services, and processes to free up space in memory, speed up phones and save battery.

Uninstall or Remove Unwanted Apps to Free Up Space

Available memory is quite important for smartphones. Too many apps installed on your phone can slow down it. The more available memory your phone has, the faster it runs. You can uninstall these rarely used apps by turning to Menu> Settings > Applications > Manage Applications. But this traditional way has some disadvantages. For example, you cannot back up for the apps that are going to be removed. It is quite annoying that you have to uninstall them one by one. Your better option is to use App Uninstaller to remove your unwanted apps. You have an option to back them up before you uninstall them; thus, you can easily reinstall them instead of searching for them again.

Flush off the Cache

The most frequently used applications will result in the creation of the cache which can considerably slow down the Android phone. So, it’s apparent that the user needs to clear the cache of every application individually, and that too, on a regular basis. However, it is the simplest step to boost the performance of the Android phone. He can clear the cache by following these easy steps:

The memory card used in the Android phone is responsible for the storage of data. Android phones which have low internal memory in them can be benefitted if a card holding great capacity to store is used. The memory cards which are available to mobile users are from 2 GigaBytes to 32 GigaBytes for performing various operations, such as installing applications and adding audio-video files. So, the Android user must prefer the memory card of greater capacity, and simultaneously he should use a card that belongs from class 6th to class 10th category.

Recommended: How to Limit Usage on Smartphone

Widgets are an important tool in Android phones. Some users use a widget to keep a check on the weather; on the other hand, some users make use of widgets to schedule their tasks, remember important dates, and have quick access to turning on Wi-Fi, Bluetooth, or GPS.

It is a fact that widgets play an important role, but keeping too many widgets active on the phone will attack the performance rate of your Android device. So, avoid as much as you can!

Try not to use Live Wallpapers

Android’s live wallpapers are engaging and alluring. However, the fact I want you to know is that these live wallpapers demand more attention from the processor, which accelerates the depletion of the battery. Try to save battery by avoiding the use of live wallpapers.

If the above-mentioned steps are followed carefully, then it will make your Android phone run in a faster and more polished way than ever before. Do you have any other problems with the performance of your Android phone? Need help? Let us know! How To Monetize Your Podcast How to Prevent Users from Changing Proxy Settings 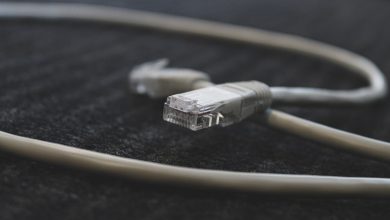 How to Securely Configure Remote Access for a Remote Workforce