Below, we’ve compiled a list of 6 hidden iPhone tricks and features that almost seem like magic tricks. Even seasoned iPhone users should find something new and exciting here.

Let’s be honest: one of the longstanding reasons why the iPhone appeals to people over Android is that it’s easier to use. The iPhone, to put it simply, is intuitive while simultaneously powerful. That said, there’s a good chance that most iPhone users are completely unaware of just how powerful the iPhone is. Because Apple doesn’t tout every single iPhone feature, Apple’s iconic smartphone is brimming with features and hidden tricks that you probably didn’t even know existed.

1. Tap the back of your phone to take a screenshot

This “Back Tap” feature was introduced with iOS 14 and here’s how you can take advantage of it.

Start by opening up the Settings app and go to the Accessibility pane. From there, go to Physical and Motor > Touch. Next, start scrolling until you see an option that reads “Back Tap.” Once you do that, you’ll see an option to select either Double Tap or Triple Tap. After you do that, you can choose the precise action you want the tap to trigger. This is an undeniably fun iPhone feature that will certainly surprise many people.

We should note that this iPhone feature typically works well even with a thick iPhone case.

2. This iPhone feature is straight out of the movies

For good reason, this iPhone feature conjures up memories of the movie Minority Report. With this iPhone trick below, you’ll see how easy it is to copy text from an iPhone and paste it to another iOS device. But the magic happens when it comes to copying and pasting a photo.

To get started, make sure both devices are connected to Wi-Fi and are signed in with the same Apple ID. Both devices also need to be within Bluetooth range, which Apple puts at approximately 33 feet. You’ll also want to make sure that the Handoff is turned on. On iOS, you can do this by going to Settings >General > AirPlay & Handoff. If you’re using a Mac for this, go to System Preferences > General.

Once that’s all squared away, you can copy a photo on your iPhone by pinching closed three of your fingers. Once copied, you can now take out another iPhone or iPad and paste the photo by pinching it open with three fingers. Your photo will now appear on the second device. It all works like magic, especially in front of people who aren’t aware of the feature, to begin with.

3. Transform your keyboard into a trackpad

This is one of my favorite iPhone features. I use it a lot and it may very well become a staple of your iPhone user experience as well.

If you’re trying to select a portion of text on your iPhone, moving the cursor around with your finger can get tricky if you’re trying to be precise. A helpful alternative is to magically transform your keyboard into a trackpad. You can do this by applying a long press to the space bar. Following that, you’ll notice how you can use the bottom of your iPhone display as a convenient trackpad.

This is certainly a fun one. If you’re a Harry Potter fan, you can use Siri to issue Harry Potter-inspired commands (or spells, if you will) to trigger specific actions.

Here are a few examples:

Other Harry Potter spells you can use with Siri include:

Hey Siri, Accio <insert app name>! – This will open up any app you mention.

Hey Siri, Silencio! – This will turn on Do Not Disturb.

Hey Siri, Homenum Revelio – This will show where your close contacts are on a map.

To make sure Hey Siri is enabled, go to Settings > Siri & Search. Next, make sure the “Listen for ‘Hey Siri’” toggle is turned on.

5. Measure a friend’s height with your iPhone

While this trick may not be useful, the way it works is really cool. In effect, you can use your iPhone to measure a person’s height.

To get started, start by opening up the Measure app. Position your iPhone so that you can see your friend’s entire body. Next, a horizontal line should appear right above the head with a specific height mentioned right below it. You can take a photo using the white shutter button in the lower right-hand corner. This iPhone feature might be more practical for measuring items like furniture, but it’s a bit more fun to try with friends and family.

6. Record a video with the soundtrack of your choice

For years, I’d always be frustrated when trying to record video when I had music from Spotify or Apple Music playing in the background. The second I opened up the video pane in the Camera app, the music would stop playing. Eventually, I stumbled across a solution that was a game-changer.

Recommended: How To Recover Google Photos

Believe it or not, there’s actually a clever way to record video while music is playing in the background. This is a great iPhone feature if you already have a soundtrack in mind and don’t want to waste time editing the sound later on.

Here’s how it works. Once you have a song from Spotify or Apple Music playing in the background, open up the Camera app. Instead of going into video mode, press and hold the white shutter button while dragging it to the right. Upon doing so, your iPhone will start recording video as music in the background continues to play. 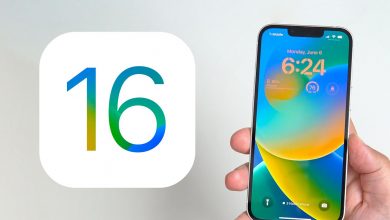 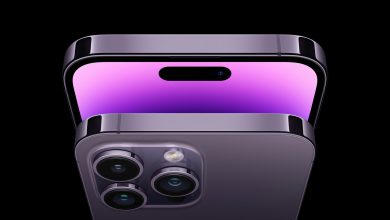