Sometimes when your Facebook account is hacked, it’s not actually from people close to you but from some apps, you installed on your phone. Some apps have been secretly stealing people’s FB login information for reasons best known to the developers of such apps.

Recently, about 9 apps were discovered to be stealing users’ Facebook Login details without them knowing. These apps steal your vital login details including your username and password.

Unfortunately, over 5.8 million users have installed these apps and are at a higher risk of having their Facebook accounts compromised.

Uninstalling these apps will save you from potential heartbreak resulting from your compromised Facebook account. So without wasting more time, let’s reveal the apps that steal your Facebook data. These are apps on the Google Playstore with trojan viruses;

Do you have any of these apps installed on your phone? Do well to uninstall them if your FB security is important to you.

This report was revealed by top Malware analyst Dr. Web. The reports reveal that the apps used five malware variants between them, three of which were native to Android and two others using the Google Flutter framework.

Recommended: How to Remove Watermark on TikTok

Meanwhile, all of the variants used similar configuration file formats and JavaScript code, so they were known as the same trojan.

According to Dr. Web, those applications look like legitimate apps. They offer basic photo editing features and the like. But the developers of these apps steal Facebook passwords.

Interestingly, Google has been notified about this and the apps have been removed from the Play Store which is Google’s official app marketplace. 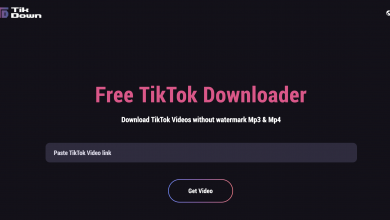 How to Repost TikTok Videos Without Watermark